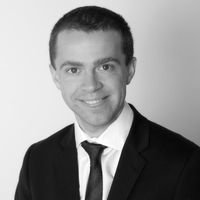 Regular readers of my ramblings will know that the topic of ESG and fiduciary risk is close to my heart. The question of whether trustees, both in a private wealth context and an institutional one (i.e. pension funds), expose themselves to additional risk by choosing to make investments which have broader environmental, social and governance objectives, is critical to the continuing success of ESG.

Put simply, if trustees can get comfortable that ESG investing does not expose them to additional risk, or that any such risk can be easily mitigated, that has the potential to help unlock vast amounts of the world's capital and better direct it towards 'good', whatever that may mean (itself an evolving topic, on which I may write separately!)

Owing to its size, the US, as always, is a critical market and so developments on that side of the Atlantic are obviously worth monitoring. As often seems the way, the issue has become heavily politicised.

The story starts in June last year with a statement put out by the US Department of Labor (DOL). DOL plays a critical role in the debate because it lays down the rules that govern the responsibilities of fiduciaries over individual account plans (e.g. 401(k) plans).

ESG advocates of a nervous disposition should look away now:

"The U.S. Department of Labor today announced a proposed rule that would update and clarify the Department of Labor’s investment duties regulation. The proposal is designed, in part, to make clear that ERISA plan fiduciaries may not invest in ESG vehicles when they understand an underlying investment strategy of the vehicle is to subordinate return or increase risk for the purpose of non-financial objectives."

ESG advocates who are still looking may argue that ESG investment does not need to involve the subordination of return or increase of risk. That may be true, but even so, as a sign post for fiduciaries considering ESG investment, the development was extremely unhelpful.

The controversial rules became regulation in November 2020, but then cue March 2021 and a change of administration, including at the DOL (Eugene Scalia, Secretary of Labor in June 2020 has moved on, Biden-pick Marty Walsh now in situ).

A peculiar statement, which can only really be explained by a change in the political weather, said that DOL "will not enforce recently published final rules" on ESG, because they "have created a perception that fiduciaries are at risk if they include any environmental, social and governance factors in the financial evaluation of plan investments."

And there, for now at least, the story ends, awaiting the next perhaps decisive instalment. Might another new regulation, much more helpful to ESG, be sat on President Biden's desk? The continued success of ESG by no means depends on it, but it certainly would help. 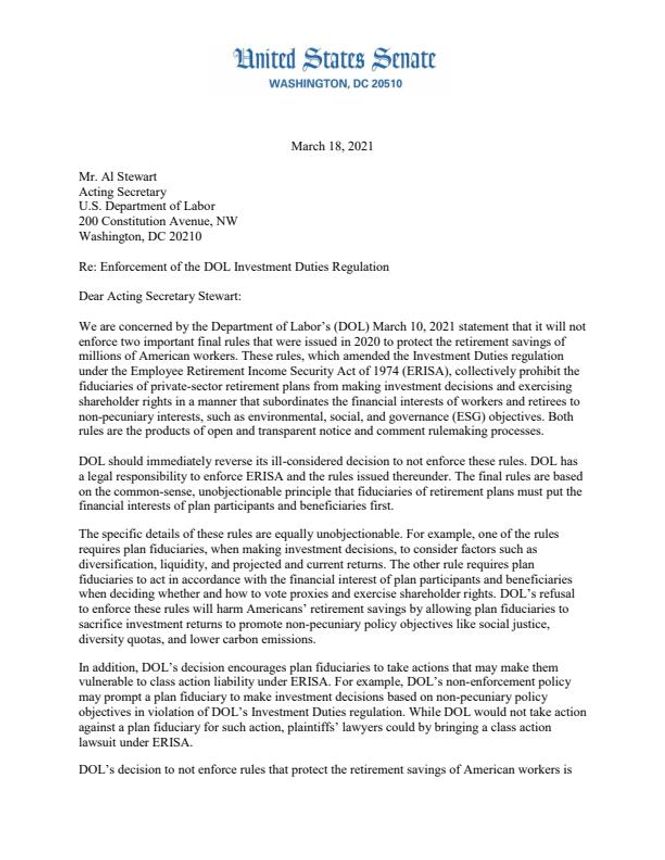 After 18 months, US pension trustees return to square one on ESG
Chris Moorcroft

Fiduciary Duty in the 21st Century: ESG, B Corps and a legal revolution
Chris Moorcroft
Recent posts from Harbottle & Lewis